Christmas arrives early in the city as 6,000 Santas dash through Liverpool 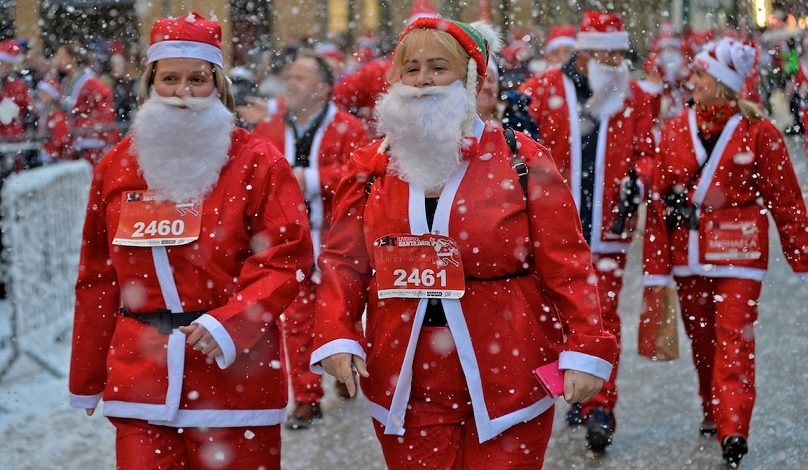 Highly regarded as the city’s kick-start to Christmas, there was even ‘real’ snow to make the event more special for the thousands of red, blue and mini Santas.

The established event was first staged in 2004, and entries have already opened for next year with an early bird price. The BTR Liverpool Santa Dash 2020 takes place on Sunday 6 December – blue places are limited.

This year’s international Santas travelled from the Czech Republic, Denmark, France, Germany, Italy, Norway, as well as Ireland and the Isle of Man.

More than 150 Santas took part to fundraise for charity partner Claire House Children’s Hospice, which has bases in Wirral and Liverpool.

The event also included the Mini Dash 1K, sponsored by The World’s Famous Grotto at St Johns Shopping Centre, for youngsters aged 12 and under.

All Santas were given a special finish line celebration on Dale Street with entertainment from Liverpool drum/percussion band Katumba drumming band, stilt walking festive characters, and ‘real’ snow as they completed the Santa Dash and collected their commemorative finishers’ medal.

The BTR Liverpool Santa Dash is an accessible event and is open to everyone. The event attracts wheelchair participants, walkers, joggers and runners, taking part with friends, families, charities, colleagues – even tiny Santas in prams and countless four-legged furry Santas.

It was a poignant day for the Furlong family from Aintree, who took part in memory of their mum Jayne who passed away suddenly in August. Jayne had previously taken part almost every year, and also volunteered when Scottish Power was a sponsor in 2017. The group of 30 included Jayne’s daughters Emma and Sophie; Emma’s 18-month old daughter Esme; and best friend Debbie Ashton.

The BTR Liverpool Santa Dash acts as a platform for community groups, businesses and charities to fundraise independently while taking part.

BTR Race Director Alan Rothwell commented: “What another incredible year for the BTR Liverpool Santa Dash – long established and the longest festive run in the region.

“Thousands of red, blue and mini Santas gathering on the world-famous Liverpool waterfront, then turning the streets of the city centre into a festive spectacular – it’s something which just has to be witnessed and experienced first-hand. There’s nothing else like it.

“A huge thank you to our supporters, volunteers and most of all, our dashing Santas. The BTR Liverpool Santa Dash is a very special event for everyone involved, the smiles speak for themselves.

“Early bird entries are now open for next year, we’ll see you there for our 17th consecutive year on 6th December 2020. Christmas has officially started in Liverpool.”

Online entries for the BTR Liverpool Santa Dash 2020 are open now with an early bird price of £20 and Mini Dash reduced price of £10 until 1st January 2020. Find out more at https://www.btrliverpool.com/santa-dash

The BTR Liverpool portfolio for 2020 starts with the long established BTR Liverpool Skyline Half Marathon on Sunday 15th March, which marks its 27th consecutive year.

Like Fashion Christmas arrives early in the city as 6,000 Santas dash through Liverpool
« Previous Story 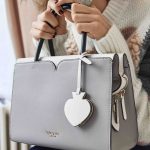 Kate Spade has chosen Liverpool for the brand’s only... 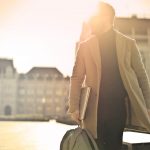 How to protect your suit from your work commute