Blacklow Brow School in Merseyside was named the winner of the The Salvation Army’s county-wide competition to encourage recycling in schools, as part of its Recycle with Michael initiative to divert thousands of tonnes of textiles away from landfill.

892 pupils from three schools in Merseyside took part in the initiative, collectively donating 0.47 tonnes of unwanted clothes and shoes – close to the eqivalent weight of a grand piano1! However, it was Blacklow Brow School which won the county competition, with 0.15 tonnes being collected by its pupils – the largest donation of goods (calculated as the highest ratio of weight to pupils) of all the schools that took part across the region.

On Tuesday 12th November, the school received a very special visitor to present the trophy and certificate. The scheme’s very own mascot Michael turned up to meet with pupils and hand the award to Blacklow Brow School’s headteacher, Mr Kenny.

Designed specifically for primary school-aged children, the programme is an important way for schools to generate much-needed funds as well as supporting The Salvation Army’s work to helping vulnerable people from all walks of life in communities across the UK.

Recycle with Michael aims to educate young people about the importance of recycling in a fun and engaging way. The programme is supported by free downloadable school materials such as presentations, posters and lesson plans which teach environmental and charitable messages.

“We’re delighted to name the pupils from Blacklow Brow School our ‘Recycle with Michael’ champions. We were overwhelmed by the school’s response to the campaign and the dedication of pupils and staff in promoting and acting on the recycling message. Our van was full to the brim on collection day thanks to all the donations. In fact, participation in the competition across the whole of Merseyside has been amazing. We hope this is the start of a determined drive to give unwanted items a new lease of life – turning clothes, shoes and textiles into funds for local schools as well as for our charitable work.”

Recycle with Michael is a simple and effective way to deal with the UK’s fastest growing source of household waste – textiles – as all donations are either reused or recycled. For more information, visit https://recyclewithmichael.co.uk/.

You may also enjoy: The Children’s Charity Ball raises £190,000 for The Variety Charity at star-studded event 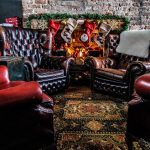 A new kind of Miracle on Seel Street: the... 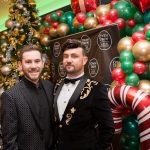