Which celebrities have been impacted by medical negligence?

Pop star Kylie Minogue was misdiagnosed by doctors who performed a mammogram and told her that she was healthy enough to go on tour in 2005. Unfortunately, a few weeks later it was discovered that she had developed breast cancer. She spoke about it later on the Ellen DeGeneres show:

“So my message is… because someone is in a white coat and using big medical instruments doesn’t necessarily mean they are right. If you have any doubt, go back again.”

Julie Andrews, known for her role in the musical film ‘Mary Poppins’ in which she became famous for singing the lead part of several songs, learnt that she had a cancerous node on her throat. According to reports, an operation to have it removed unfortunately damaged her vocal cords in the process. She won an out of court settlement against the doctor for an undisclosed amount.

The actor, Dana Carvey is known for his appearances on The Late Show with Stephen Colbert and movies such as Wayne’s World and Master of Disguise. Unfortunately, Carvey required heart surgery, but once the operation had ended, he felt unwell. After many check-ups, another surgeon discovered that the doctor who had operated on his heart had bypassed the wrong artery. Carvey suffered serious health effects as a result and sued for malpractice, winning the case and receiving $7.5 million as compensation.

Joan Rivers was a comedian and a controversial figure who had a long career in comedy. In 2014 she died of a heart attack, but her daughter claimed that her death was a result of complications suffered after a routine endoscopy. According to her, doctors had performed laryngoscopy on her vocal cords without her prior consent. A year later her family reached a settlement.

Hulk Hogan is one of the most well-known wrestlers and worked for the WWE for a long time. While wrestling shows are largely considered to be fake, the physical strain from carrying out wrestling moves is often very real and many wrestlers injure themselves. Hulk Hogan underwent surgery due to pain in his back, but later found the procedures to be unnecessary and not able to solve his problem. He wasn’t able to continue his work as a wrestler for almost two years.

Medical negligence can happen to anyone no matter how high profile they are and the best care they can get.

We’re very proud to bring you this feature in association with Been Let Down. For more features, please pay a visit to our lifestyle page.

Like Fashion Which celebrities have been impacted by medical negligence?
« Previous Story 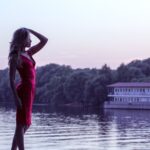 How Classic Game Elements Are Used in High-Fashion

New on the website: @nancybucklandkirk on how we c

We love this stunning pic of @ohmeohmy_liv by @ant

New on the website: His & Hers falls in love with